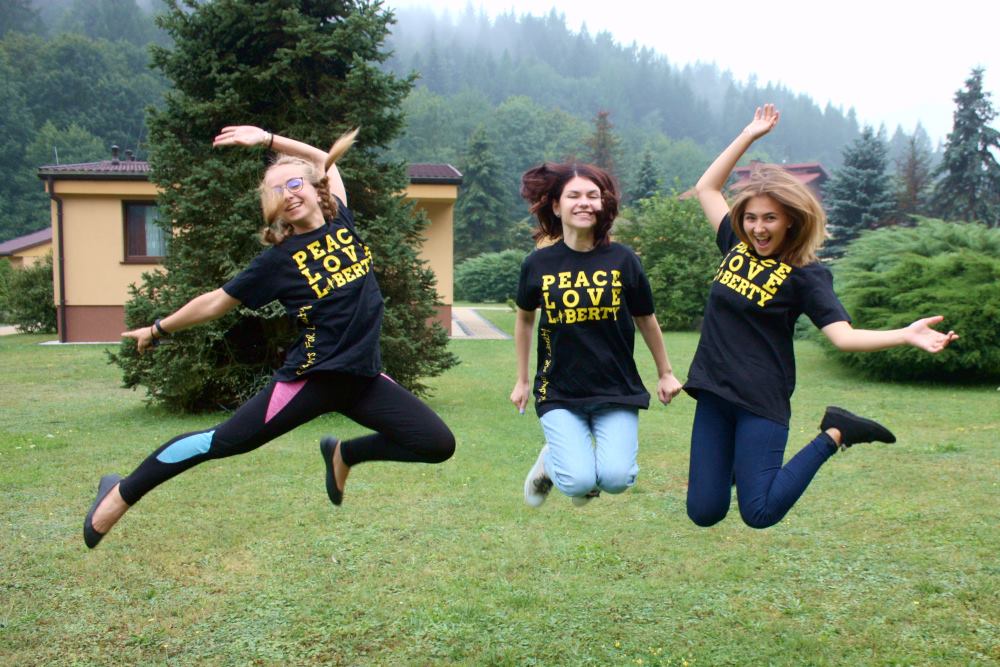 Far from civilisation, close to liberty!

Not a conference hall, but a modest lunchroom in a distant village in Southern Poland was a venue of the latest meeting of liberty leaders from all around the world. People from all continents joined together during the Liberty English Camp, organized by the Language of Liberty Institute (LLI) and its local partner, the Freedom and Entrepreneurship Foundation (F&EF).

It took over 2 hours of mundane commute with several transfers to reach the 1,000-people village of Ponikiew – where the camp took place – from Cracow. The travel might have been especially challenging for those from abroad, since drivers don’t speak English, card payments are not accepted and GSM connection is acting up frequently. Ponikiew, located far from main routes and even further from the nearest supermarket, has probably not seen so many foreigners since five years ago – when one of the previous editions of Liberty Camp was organized there!

When Jacek Spendel – the CEO of F&EF and organizer of the camp – is asked what on Earth made him invite people from all around the world to such place, he answers confidently: – We simply wanted to offer people something different than another conference. Formal events like conferences are important indeed, but I, as well as many of my friends, strongly felt that there is also a demand for more casual ventures.

And Liberty English Camps, organized internationally since over a decade by LLI and its partners, are satisfying this demand. Despite difficult logistics, over 40 people from places such as Japan, Iraqi Kurdistan, Australia, USA or Luxembourg came to Ponikiew to discuss liberty, listen to lectures, and network – all in the informal setting of barbeques, beach volleyball and charming hills of the Polonia Minor region in Poland.

The recruitment efforts might have been much harder if not the support of Mr. Lawrence Reed of the Foundation for Economic Education, who has funded a special scholarship for Ukrainian citizens to attend to the camp. He also happened to be the keynote speaker at the event, explaining the importance of character in work, personal life and liberty-related activities.

The location of the camp, however unorthodox, was not chosen at random. The nearest large city – Cracow – was the place the annual conference of Liberty International – an established umbrella organisation which – over the scope of nearly 50 years – has funded, supported and inspired thousands of smaller liberty-oriented NGOs and individuals. The conference was also organized by the F&EF, and it was its biggest event up to date. Almost half of the Liberty English Camp attendees joined true VIPs of the liberty movement – such as Ken Schooland, Lawrence Reed, Mary Ruwart, Jim Lark and many more – in celebrating the impact that Liberty International had on the ever-growing society of freedom advocates.