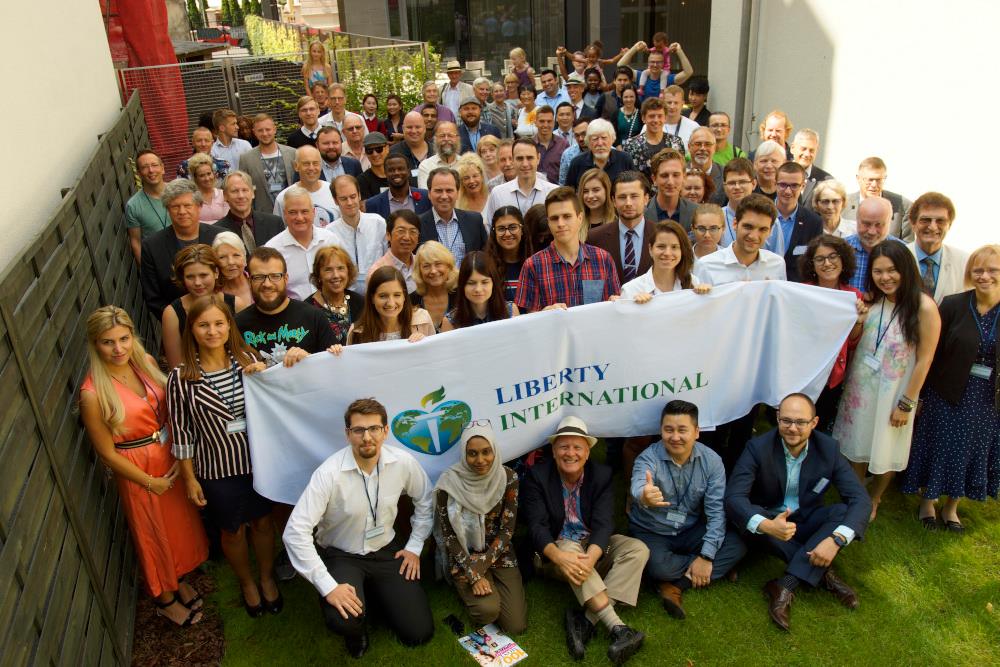 This was probably the biggest and for sure the most international liberty-oriented event in Poland. Over 120 people from 24 countries met in Krakow to discuss freedom. Liberty International World Conference has just ended and we would like to give you taste of it.

LIWC2018 was Liberty International’s event which was proudly hosted by Freedom and Entrepreneurship Foundation. It all started with Welcome Dinner on August 12th. It was launched with short speech of our CEO – Jacek Spendel – and Liberty International’s President – Ken Schoolland. This evening prepared us for what was ahead of us – three days full of lectures, panel discussions and networking.

Second day started with great keynote speech by Lawrence Reed (http://fee.org). “Excuse me, Professor” was not only it’s topic but also the name of his book in which he challenged the myths of progressivism. Reed’s follower was Pedro Mutzig who talked about the perspectives for freedom in Brazil. This day was also full of Polish accents. Two panels where filled with liberty-oriented politicians, activists, scientists and entrepreneurs from Poland – among others: Jakub Kulesza (Kukiz’15), Grzegorz Piątkowski (Commissioner for Alumni Rights), Krzysztof Haładus (ex Deputy Mayor of the Sosnowiec city), Jan Wojciech Kubań (CEO of PAFERE). Additionally, Karol Zdybel (Center of Capitalism) gave a speech on changing landscape of ideas.

August 14th started with David Schmidtz’s Reinventing Social Science. This speech had a special meaning for us since we have just published Polish translation of “A brief history of liberty” written by Schmidtz himself. We highly recommend you to read it because it’s great summary for anyone interested in these ideas. That day we listened also to Terry Easton’s “How to become a Millionaire in 4 days”. Easton gave a great advice for people who are lazy – just move out to Zimbabwe. 😉 Later we had a first woman at our event – Susan Easton. Her speech was inspiring and touched the topic of feminism and women as a freedom fighters. We also pass along her recommendation to read the book “Liberty for Women” by Wendy McElroy.

Last day of the conference was very international. That day we had speakers from 7 countries: USA, Japan, Poland, China, Lebanon, Denmark and Switzerland. It was really hard to choose the best one but for sure the most moving was Li Schoolland’s speech about her childhood in China. If you have never heard about communism in China you should definitely learn from Li (Li Schoolland’s Testimony).

One of the scholarship holders, Mara Pepine, described the conference with these words: I’m 18 and my adventure with libertarian ideas has started a little over one year now. So you can imagine how incredible it is to suddenly find myself in the same room, at the same table as giants of liberty such as Ken and Li Zhao Schoolland, Mary Ruwart, Scott Hodge or Lawrence Reed. I don’t know how many people have the chance not only to meet but also to engage with their heroes.

You want to know more? Watch Tomasz Agencki’s (http://agentomasz.pl/whatsimportant/) Summary Video below and follow us on facebook. We are going to publish more videos from the conference soon.