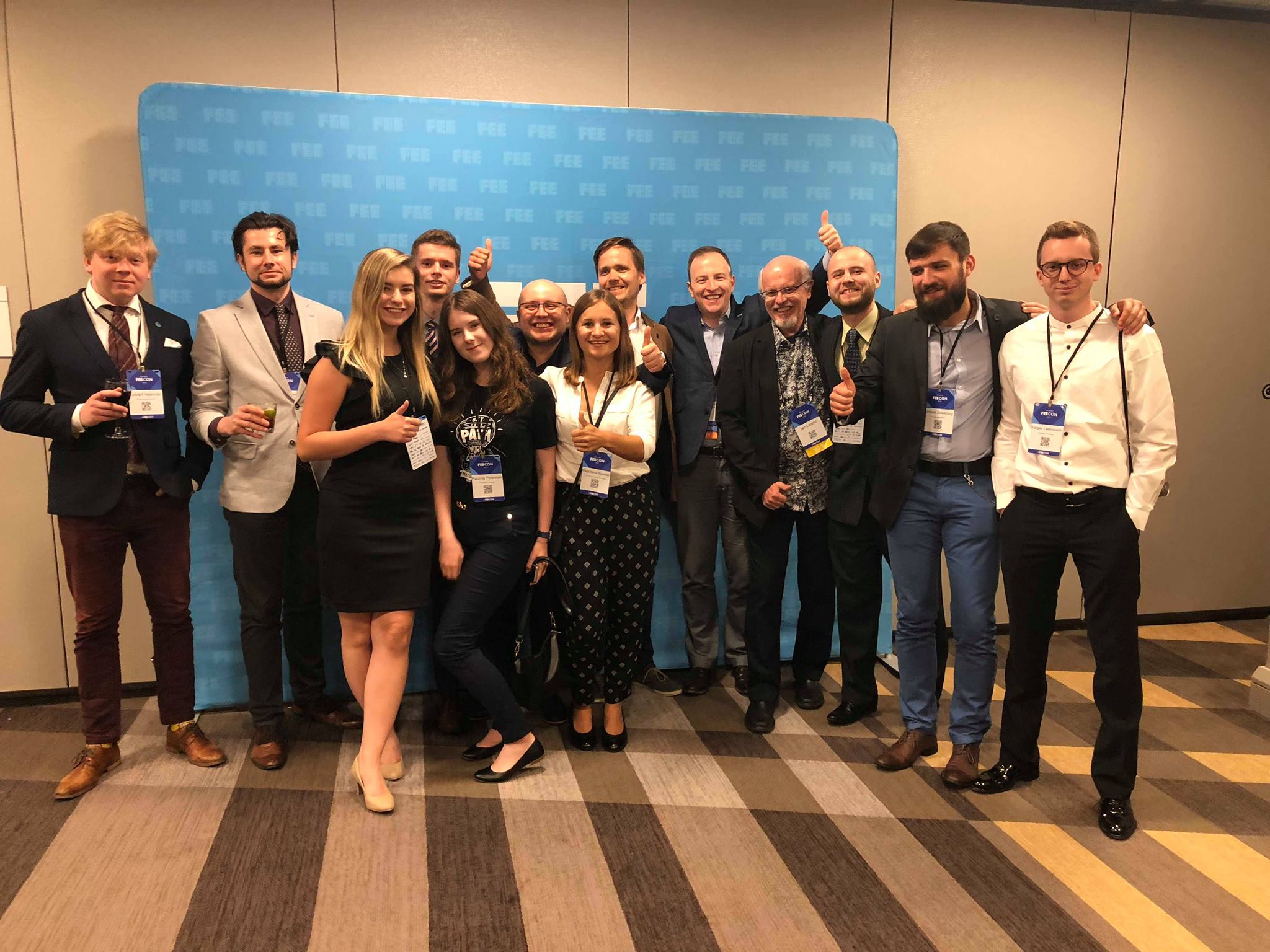 GLA for Poland: Freedom and Entrepreneurship Foundation in Washington, DC

Citizens of the United States of America are known for their broad involvement in third sector – associations, foundations and all different kinds of activities on local level. Numbers alone tell much about scope of civic society: in the US there are 29.400 organizations per one million inhabitants while in Poland there are only 3.266 of them. That is why since 2012 Freedom and Entrepreneurship Foundation is educating new leaders who are ready to change Polish third sector. This year we decided to do something new and unknown in Poland – promote grassroots approach. By grassroots we understand bottom-up initiatives of ordinary people who’s aim is to push for positive change. Our Foundation’s flagship project, the Polish-American Leadership Academy begins cooperation with Americans for Prosperity (AFP), educational hub of grassroots leaders rooted in the ideas of freedom. That is why on September 11th we arrived in Washington, DC

First contact with AFP we had during Project Arizona – international program of our Foundation – earlier this year. In Phoenix, entire group of Project Arizona’s students attended two levels of Grassroots Leadership Academy which is designed to activate people concerned about defending the American dream. In essence, we went to DC in order to get a training preparing us to implement GLA in Poland. Few days of training at AFP’s headquarters in Arlington was designed to teach and empower Polish instructors (Magdalena Spendel, Jacek Spendel, Marcin Chmielowski, Mateusz Błaszczyk, Tomasz Pułról) and thus make us ready to launch GLA in our country. What is important to stress, Poland will be the first country outside United States where Grassroots Leadership Academy is offered, and we are truly honored to have this opportunity. Polish variation of Grassroots Leadership Academy will become essential part of our first flagship project, the Polish-American Leadership Academy. Training time with extraordinary people such as Daryn Iwicki, Matthew Hurtt or Dave Johnson was complimented with additional activities such as public speech of our Vice President Marcin Chmielowski which was offered to few dozens of AFP workers. Marcin spoke on importance of freedom from Polish perspective and his speech caught attention of the audience as they raised many questions.

Our stay in the United States’ capital was dedicated primarily to the GLA instructors’ training, however we managed to conduct many meetings with people from the American freedom movement. Among the individuals we met there were: Luke Hilgemann (CEO, Americans for Prosperity), dr Peter Jaworski (Georgetown University, member of our Board of Advisers), Leah Kieff (Foundation Director, Generation Opportunity Foundation), Terry Allen (supporter of FEF and other libertarian organizations). We had also a pleasure to introduce ourselves and present our achievements to five important institutions on freedom map of DC and entire world: CATO Institute, ATLAS Economic Research Foundation, Competitive Enterprise Institute, The Fund for American Studies, and Students for Liberty. All of these meetings were really good and what is most important – productive. By the end of our busy and full of networking visit in US Capital we were invited by TFAS’ President Roger Ream to take part in piano concert of Solomon Eichner. The concert took place in the Embassy of Poland and its’ purpose was to raise funds for Paderewski-Rowny Scholarship Fund which is supporting extraordinary Polish student who will take part in the prestigious summer school in DC, organized by The Fund for American Studies. Event at the Polish Embassy was also a unique opportunity to get to know a special person, Honorable gen. Edward Rowny who is celebrating this year his 100th birthday. His extraordinary achievements for both United States and Poland demand high respect.